TELL US A BIT ABOUT YOUR ROLE

I am a principal Investigator and senior professor at the Kennedy Institute of Rheumatology.

I grew up in Germany and France and obtained my undergraduate degree in Biology from the Free University Berlin, which was followed by a master’s project at UCL, and a PhD at the German Rheumatology Centre in Berlin. Both master’s and PhD projects were supervised by a well-known British Immunologist who has been a mentor throughout my career. I did a first postdoc at the Centre d’Immunologie de Marseille Luminy in France, followed by another long postdoc in the WIMM in Oxford. During these ten years of postdoc, I had three children, and even though we shared the daily chores with my husband, he also had a demanding career in Oxford as a professor of Virology/Immunology.

The transition from postdoc to obtaining a position is easier if you can move geographically but that was too difficult for me with my young family. I had also exceeded the number of years to get a fellowship, so I eventually took a position as a facility manager at JR. I negotiated that I could have a small team on the side, for which I needed to raise the funding. At that point I had three small children and effectively two jobs, I was working at the bench, writing papers and grants and supervising students. It was the most exhausting time in my life.

It was obvious that it was difficult to become an academic scientist under these circumstances, and that these difficulties were not recognised in the Medical Science Division. During that time (2005), we founded OxFEST, an Oxford University society for Females in Engineering, Science and Technology to promote women in Science, by mentoring, creating networks and providing workshops. We also participated in the writing of the first Athena Swan Charter.

With my small team, I started to work on autophagy, the major degradation mechanism in the cell. While working at the bench together, my first PhD student and I were first to discover fundamental roles for autophagy in red blood cells, immune cells, and blood stem cells. The breakthroughs we made were important and novel, so I eventually obtained a Wellcome Investigator award, followed by an assistant professorship, and later a full professorship. I still work on autophagy of the immune system and we have delineated mechanistic roles for autophagy in immune differentiation, maintenance of long-lived cells and immune cell senescence. I am now employed by NDORMS in the Kennedy Institute led by Fiona Powrie, where there are as many female as male senior professors.

WHAT IS THE MOST MEANINGFUL ASPECT OF YOUR WORK?

I love training PhD students and see them develop into scientists. I am also very eager to mentor and encourage female scientists. And last but not least I am most happy when I see some exciting data, expected or unexpected, which uncover an important and novel aspect of biology.

CAN YOU TELL US ABOUT SOMETHING YOU'VE DONE, CONTRIBUTED TO THAT YOU'RE MOST PROUD OF?

I hope that I have helped to train some enthusiastic scientists who will make great discoveries and who will love their job as much as I do. The one scientific discovery I am most proud of is mitophagy in red blood cells. Towards their final differentiation, red blood cells need to get rid of their nucleus (they expel it) but also of their organelles including mitochondria. We discovered that this is achieved by mitophagy, which is degradation of mitochondria by autophagy.

WHAT CHANGES WOULD YOU MOST LIKE TO SEE IN THE MEDICAL SCIENCES IN THE NEXT 100 YEARS?

My trajectory as a mother in the medical sciences was not straightforward. The extremely competitive career of an academic scientist does not tolerate career breaks, gaps in publications and dual careers. Yet, the Medical Sciences still do not recognise these difficulties sufficiently. Having more female scientists in leader positions is key as is increased transparency in career progression, help during the critical phases of women’s careers. The second thing I would most like to see a change is in publication practices. The publishing houses in medical sciences have the largest profit margin of all businesses. We as scientists write the articles, review the articles for free, we then pay for publishing them and for the subscription to read them. Nowadays, we agree to also edit and commission articles, write news & views and review the literature, all for free. Because we have made publishing in the certain journals so key to our career progression, we have made ourselves slaves to the publishing houses. 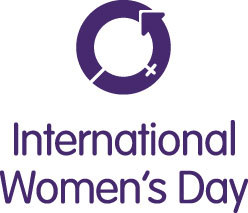