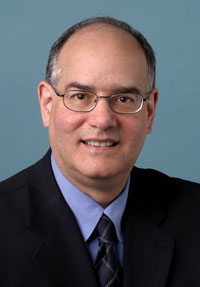 Richard Flavell DSc FRS is Sterling Professor of Immunobiology at Yale University School of Medicine, and an Investigator of the Howard Hughes Medical Institute. He received his PhD in 1970 in biochemistry from the University of Hull, England, and performed postdoctoral work in Amsterdam (1970-72) with Piet Borst and in Zurich (1972-73) with Charles Weissmann. Before accepting his current position in 1988, Dr. Flavell was first Assistant Professor (equivalent) at the University of Amsterdam (1974-79); then Head of the Laboratory of Gene Structure and Expression at the National Institute for Medical Research, Mill Hill, London (1979-82); and subsequently President and Chief Scientific Officer of Biogen Research Corporation, Cambridge, Massachusetts (1982-88). Dr. Flavell is co-discoverer of introns in cellular genes: he showed DNA methylation correlates inversely with, and prevents, gene expression.  As a postdoc he was the first to develop reverse genetics and he has since has pioneered the use of this approach in vivo to study the molecular and cellular basis of the immune response, particularly as it applies to autoimmune and auto inflammatory diseases. He is a fellow of the Royal Society, a member of EMBO, the National Academy of Sciences as well as the National Academy of Medicine. Dr. Flavell served as the founding Chairman of Yale’s Department of Immunobiology for 28 years, stepping down in early 2016. He has published more than 1000 peer reviewed papers and is one of the world’s most cited immunologists. 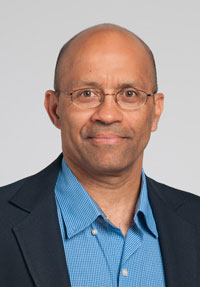 Suneel Apte studied medicine at the University of Bombay, India, and started training to become an orthopaedic surgeon. Halfway through, he moved to St. Catherine’s College, Oxford University, UK, as a Rhodes Scholar in 1986. He completed his DPhil in Clinical Medicine with John Kenwright at the Nuffield Orthopaedic Centre in 1990. He subsequently undertook postdoctoral training at Harvard Medical School with Bjorn R. Olsen. He has been on the research faculty of the Lerner Research Institute at the Cleveland Clinic since 1996. He is the current President of the American Society for Matrix Biology and organized its biennial conference in 2014. His group has broad interests in connective tissues, morphogenesis, proteases and extracellular matrix, which they study using mouse genetics, genome editing, biochemistry and cell biology. The laboratory’s work is of relevance to birth defects, arthritis, fibrosis and cancer. The laboratory is currently funded by the US National Institutes of Health and the Marfan Foundation. 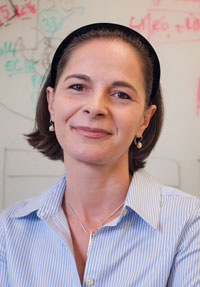 Yasmine Belkaid obtained her PhD in 1996 from the Pasteur Institute in France exploring innate immune responses to parasitic infections. Following a postdoctoral fellowship at the National Institute of Allergy and Infectious Diseases (NIAID) in the US, she joined the Children’s Hospital Research Foundation in Cincinnati as an Assistant Professor. In 2005, she joined the NIAID and was appointed Senior Scientist in 2008. She is currently Chief of the Mucosal Immunology section and Director of the NIAID Microbiome initiative.  Her work explores mechanisms that regulate host immune responses to microbes at barrier sites and revealed key roles for the microbiota and dietary factors in the maintenance of tissue immunity and homeostasis. She in an Editor of the Journal of Experimental Medicine and was awarded the Sanofi-Institut Pasteur 2016 International Mid-Term Career Award for outstanding research in the life sciences.

Lars Klareskog received his MD and PhD degrees from Uppsala University, Sweden. He specialized in rheumatology in Uppsala University Hospital and was Professor of Medical Immunology in Uppsala 1990-1993. He has been Professor of Rheumatology at Karolinska Institutet, Stockholm, Sweden since 2003. He has been member of the Nobel Assembly/Nobel Committee at Karolinska Institutet 1996-2011 and chairman of the Assembly 2011. The main strategy in his research has been to establish rheumatology registers and biobanks, and combine these assets with molecular studies in order to better understand etiology and molecular pathogenesis of inflammatory rheumatic diseases, in particular arthritis. Progress from this research includes a better understanding of how genes and environment interact in contributing to the development of RA. This approach has also shown to be fruitful in designing clinical trials and in evaluating effects of therapy as well as prevention for these diseases. He received the Carol Nachman Prize (Germany) in 2008 and, together with Peter Gregersen and Robert Winchester, the Crafoord Prize in Polyarthritis (Royal Swedish Academy of Sciences) in 2013. 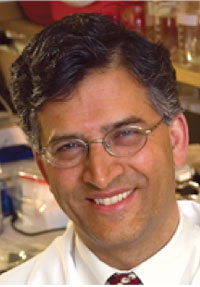 Vijay Kuchroo is the Samuel L. Wasserstrom Professor of Neurology at Harvard Medical School, Senior Scientist at Brigham and Women’s Hospital, and Co-Director of the Center for Infection and Immunity, Brigham Research Institutes, Boston. He is also an associate member of the Broad Institute and founding Director of the Evergrande Center for Immunologic Diseases at Harvard Medical School and Brigham and Women’s Hospital. After obtaining his degree in Veterinary Medicine from the College of Veterinary Medicine, Hisar, India he specialized in pathology at the University of Queensland, Brisbane, Australia, where he obtained a PhD in 1985. He was a Fogarty International Fellow at the National Institutes of Health, Bethesda for a year before joining the department of pathology at Harvard Medical School as a research fellow. He later joined the Center for Neurologic Diseases at Brigham and Women's Hospital as a junior faculty member in 1992. Dr Kuchroo’s major research interests include the genetic basis of experimental autoimmune encephalomyelitis and multiple sclerosis, and cell surface molecules and regulatory factors that regulate induction of T cell tolerance and dysfunction. His laboratory has developed animal models of autoimmunity and first identified Tim-3 as an inhibitory receptor expressed on T cells, which is now being exploited for cancer immunotherapy. Dr. Kuchroo was also first to describe the differentiation of Th17 cells and their reciprocal relationship with regulatory T cells. Dr Kuchroo’s awards include the Fred Z. Eager Research prize and medal for his PhD research work, the 2002 Javits Neuroscience Award and the Ranbaxy prize in Medical Research in 2011. He was named Distinguished Eberly lecturer in 2014, Garbar lecturer at French Society of Immunology in 2014, and obtained Nobel Laureate Peter Doherty lecture/prize in 2014. 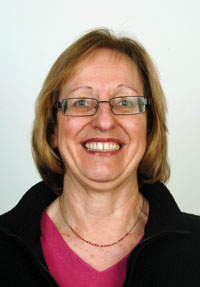 Anne O'Garra is currently a Group Leader and Associate Research Director at The Francis Crick Institute, London. Anne gained her PhD and conducted postdoctoral work at the MRC National Institute for Medical Research (NIMR), London. She subsequently led a research group at the DNAX Research Institute (now Merck) in California, and revealed molecular mechanisms for the induction and function of cytokines in the immune response, and the immunosuppressive functions of interleukin-10 (IL-10). After 15 years, Dr O’Garra returned to the UK in 2001, and formed the Division of Immunoregulation at NIMR, to interface research in immunology and infectious diseases, continuing her research on the immune response to infection, with major emphasis on tuberculosis in mouse models and human disease. Dr O’Garra is member of many Scientific Advisory Boards to research institutions world-wide, on the Scientific Advisory Board and Board of Directors for the Keystone Conferences, and an Editor of the Journal of Experimental Medicine.

Tim Hardingham PhD DSc is Emeritus Professor at the Wellcome Trust Centre for Cell-Matrix University of Manchester, UK. Previously he was Professor of Biochemistry and the founding Director of the UK Centre for Tissue Engineering, University of Manchester (2001-7), and Head of Biochemistry at the Kennedy Institute of Rheumatology in London (1984-94). Professor Hardingham's research interests are in cartilage biology and the degenerative processes in osteoarthritis and other joint diseases. His current research focuses on the stratification of osteoarthritis using systems biology approaches and the differentiation of human embryonic stem cells and iPS cells to generate new strategies for cartilage repair. He has awards and honours, including the Colworth Medal of The Biochemical Society (1978), the Roussel International Award for Basic Research in Osteoarthritis (1989), the Carol Nachman International Prize for Research in Rheumatology (1991) and the Fell-Muir Award of the BSMB (2010). He is also a member of the Scientific Advisory Board for the Centre for Integrated Research into Musculoskeletal Ageing (CIMA, Liverpool, Newcastle, Sheffield), and on the International Advisory Board for the ARUK Centre for Biomechanics and Bioengineering in Osteoarthritis (Cardiff).